1/19/12 12:24:32 PM -- Clear Lake, IA, U.S.A. -- THIS IS FOR A LIFE COVER:.Jeff Nicholas, Surf Ballroom & Museum president looks over the thousands of autographs covering the walls inside the Surf Ballroom's green room..On Feb. 3, 1959, Buddy Holly, Ritchie Valens and the Big Bopper died when their plane crashed in a farm field north of Clear Lake, Iowa ? an event memorialized as ?the day the music died? in the 1971 song American Pie by Don McLean. The three 1950s stars played their last gigs at Clear Lake?s Surf Ballroom, which is intact today and holds an annual celebration of its moment in music history. The ballroom, largely the same as it was in its ?50s heyday, struggled as a for-profit business and has been operated as a non-profit since 2008. It hosts concerts, weddings, reunions and school tours. It has a small museum, but the big draw is the place itself. The maple dance floor and booths are original. One of the two original coat checks is still there and so is the phone that Holly used to call his wife before the fatal crash, the website boasts. The fun part is the annual gathering of fans from all over the world, which this year is Feb. 1-4 and is delicately called the ?winter dance party.? There are concerts each night, a bus outing to the crash site, which is marked by a giant pair of the glasses Holly wore, dance lessons, video and art contests and a gathering of the British Buddy Holly Society (whose members have been coming to Clear Lake for 23 years). Chuck Berry is a featured performer this year. It?s a charming and weird slice of Iowa life and rock ?n? roll history. -- ...Photo by Christopher Gannon for USA TODAY. 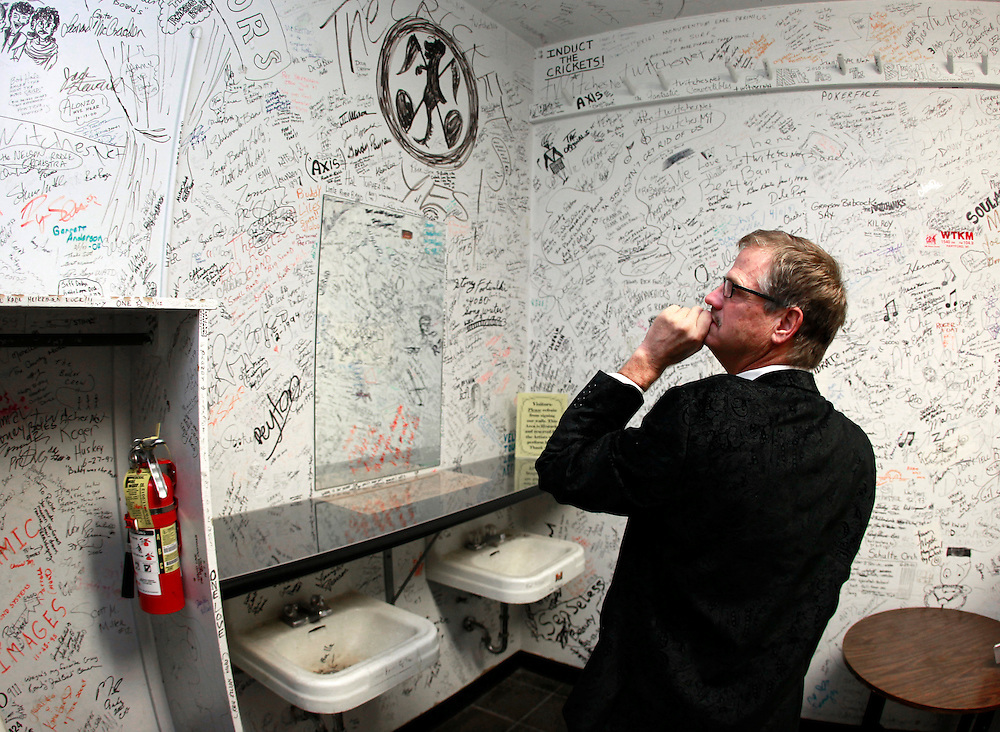