Beatrice Turner, 89, stands with the .22 caliber pistol she used to fend off an intruder who broke down her front door, left, in the early morning hours. Turner, who did not want her face shown in this photograph, emerged from her bedroom at rear, fired one shot and missed, then calmed the intruder who was then arrested by Des Moines Police officers who arrived at her northeast Des Moines home. "About six officers were here, and they reloaded the gun for me," she said. "All of them were hugging me and telling me how brave I was." 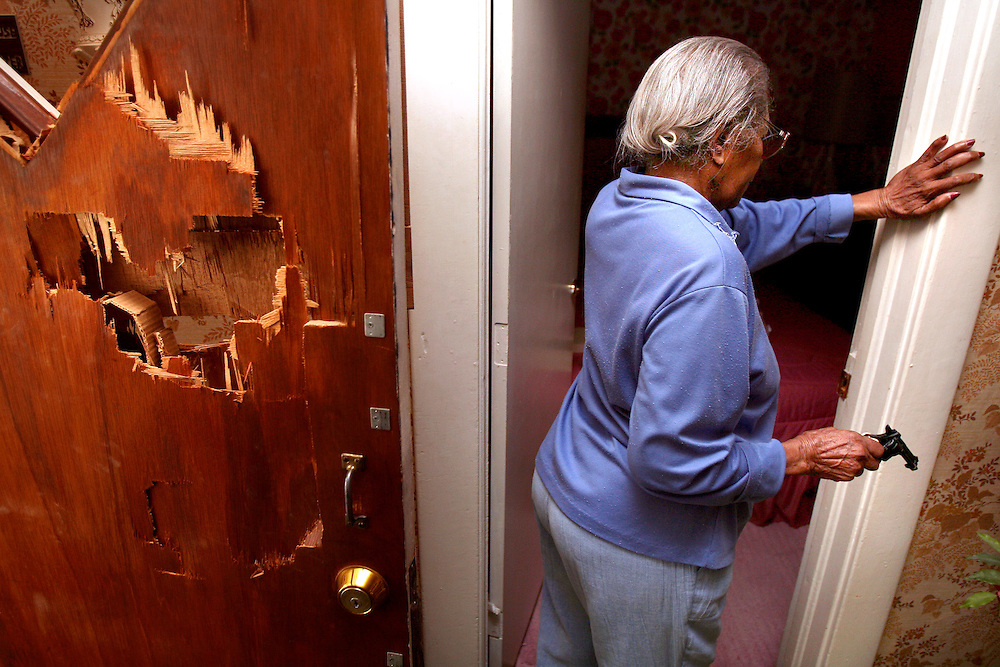